It seemed that anyone who attempted to stand up for Jersey’s underprivileged or conduct a proper investigation into their treatment soon found themselves in the fight of their lives.
Evidence found at Haut de la Garenne – including bones that were “fresh and fleshed” before being burned and dozens of children’s teeth with the roots still on them in the furnace area – was turned over to a new police chief who downplayed its significance but also admitted to throwing some of it out. As an investigative journalist, I found it hard to understand how this could possibly inspire confidence. It seemed the situation needed to be looked at by someone without an axe to grind or an ass to save....read more

NO extradition for U.K. paedophile, his wife has contacts in the British Government.

#Jersey: Julian #Assange And Gary McKinnon Are NOT Paedophiles - The U.K. Warped Justice System Will Not Protect Them And Extradition Will Go Ahead. 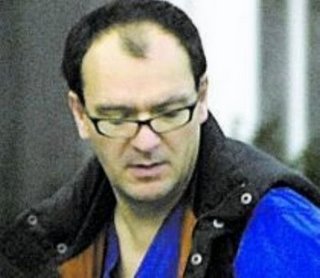 Maddie McCann 'victim of an abduction claim her parents' by a paedophile claim her parents ! When questioned on sightings of Madeleine her father smirks before answering. All nine in the group ( Tapas9 ) have lied on what happened to this small child, their police statements bear witness to this fact. 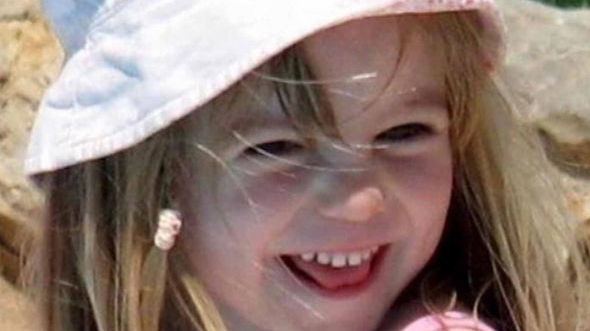 Posted by SteelMagnolia at 1:43 AM

Image: Jesse Milan via Flickr
AN INDEPENDENT REPORT into the deaths of nearly 200 children in the care system between 2000 and 2010 has been described as harrowing and shocking by interest groups reacting to its publication today.

The long awaited report by the Independent Child Death Review Group which examined 196 cases of a child or young person dying while in contact with the care system over a decade found that many were not given adequate protection.

“At its core, the Child Death Review report signifies our societal failure to prioritise children, particularly those most vulnerable to significant harm. It has been said time and again that children have been voiceless in Ireland for far too long,” Barnardos chief executive Fergus Finlay said today.

He said that the report offered a chance to build on positive steps made in recent years to support the needs of children and young people in Ireland and said that the reform of child welfare and the Children’s Rights referendum could not be put off any longer.

He added: “We need a system that is accountable, where everyone is responsible and where clear management structures support the very difficult work that social workers do.

“The most vulnerable children and young people in our society have been too far down our list of priorities for too long.”

The Irish Society for the Prevention of Cruelty to Children said that the report added to the “shameful neglect and abuse of children” that was identified in the Ryan Report in 2009 and showed that there was “even more systemic failure” identified in this report.

“This failure was not in a bygone era but in the booming years of the Celtic Tiger where money was plentiful but change was not,” the ISPCC said.

Ashley Balbirnie, the ISPCC chief executive, added: “This is a sad, shameful day. Nearly 200 children died showing we still haven’t learnt from the litany of reports published in the last two decades.

“The HSE, the Agency responsible for the care of these vulnerable children, was born on building blocks of crisis management.

“This approach has failed the nation’s children and cannot be allowed to continue. It is time to put children first and ensure we do our utmost as a society to protect vulnerable children.”

At a political level the Oireachtas Committee on Health and Children has said it will hold an urgent meeting with Children’s Minister Frances Fitzgerald tomorrow following the publication of the report.

Committee chairman Jerry Buttimer said: “This report is shocking, makes for grim reading and is a wake -up call for how, as a society, we look after vulnerable children and youths.”


Fianna Fáil, whose former minister Barry Andrews commissioned the report, said that the publication of the it was “a sad day for Ireland” in the words of its spokesperson Charlie McConalogue.


“These problems did not begin when Barry Andrews commissioned this independent review, and they will not end now that the report has been published,” McConalogue said today.


“Right now in cities and towns across Ireland, there are vulnerable young people in homes and on the streets at risk in the same way as the children in this report.”


Sinn Féin leader Gerry Adams said that the report was a “serious indictment” of child protection systems in the State, adding that it was “deeply shocking” that so many died while in the care or in contact with the State at the “height of the Celtic Tiger”.


He added that it was important that the new Child and Family Support Agency, which is due to be established next year, has the “necessary financial and personnel resources to deal with this very important issue.”

Etan Patz : NYPD Find An Old Toy And 'Age Appropriate' Clothing So The Media Go Into Overdrive. For The Moment This Is Not Evidence... A street shrine to Etan, who disappeared 33 years ago, in front of where Hernandez worked. Police have not found any evidence to support his claims that he killed the child. 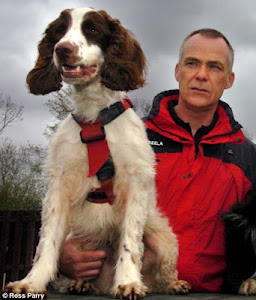 "Among the victims were a few who said that children had been dragged from their beds at night screaming and had then disappeared. Two others said they had knowledge of human remains at the location but were not specific. A local advocate also came to police and said he had a client who knew there were human remains buried at the home.”

“Information exists of the previous finding of buried bones co mingled with a pair of children’s shoes and fragments of cloth.”

“Anecdotal witness evidence suggested that bones found by builders completing renovations near to the north west stairwell may have been of human origin. An alert indication by the EVRD in this area resulted in the excavation of the site by forensic archaeologists. During this intrusive procedure a 2 inch X 2 inch piece of what appeared to be bone was recovered. This was preliminarily identified ‘in the field’ as possibly being juvenile human skull by the forensic anthropologist and was submitted for confirmation including species carbon dating and DNA.”

“The teeth recovered from cellars 3-4 were identified as juvenile human deciduous teeth and have been conveyed to the UK for further analysis.”

“Anecdotal witness evidence was suggestive of juvenile human bones being recovered from the area of the north-western stairwell during recent building renovations in 2003.”

“Human remains deposited within the ground in that area would contaminate the ground, and any porous material within it. The dog’s reactions were therefore consistent with this scenario.”

“A significant number of bone fragments and teeth have been recovered which have been corroborated as human. The remains are at the present time undergoing forensic testing including carbon dating procedures.”

“Control testing of the EVRD would suggest that although the dog alerted to specific areas where human remains were situated the entire top two inches of soil within this area is contaminated with human cadaver odour. Enquiries at this time are suggestive that the human remains were deposited in this area and covered with top soil in a deliberate act of concealment. The deposition could only have taken place during a period of time when the floor had been removed. Research into the historical renovation of the property suggests that the floor above cellars 3, 4 &5 was taken up in the late 60’s early 70’s.”

“Karl Harrison’s archaeological theory of the burnt debris including human bone fragments and teeth being deposited in the east wing cellars from the west wing is contained within this report. This theory is suggestive that the solid fuel furnace in operation in the west wing around the time of 1960 – 1970 may have been used to dispose of human remains.”

"Enquiries to date are showing that the original solid fuel central heating and hot water supply furnace in the west wing was replaced in the late 60’s early 70’s with oil fired furnaces. This may have coincided with the floor in cellars 3, 4 & 5 being removed. This would explain the deposition of the bone fragments and teeth with ash deposits as being the waste from the furnace upon decommissioning. It would also suggest some element of ‘guilty knowledge’.

“The series of tests involved the use of samples of soot and debris from the chimney situated in the plant room that was in use at the time the solid fuel furnace was in operation. The tests were completed in such a way as to isolate the samples from containers, human ‘live’ scent and other distracters."

He has come out of retirement to lead the investigation that will draw on the testimony of survivors of abuse in homes, hospitals and orphanages across the north from 1945 to 1995. However, criticisms remain that the probe will not include allegations of abuse that occurred outside the time-frame or away from institutions.” This means that some of the Northern Ireland victims of Brendan Smith’s serial child abuse will be covered by this inquiry. While others will not,” Patrick Corrigan of Amnesty International said.

Deputy First Minister Martin McGuinness said the executive would be bringing forward legislation ” shortly ” to give Sir Anthony powers to compel witnesses and documents. Sir Anthony whose last court cases included the trail of Colin Duffy and Brian Shivers for the murder of two-soldiers in Massereene Barracks and the trial of killer dentist Colin Howell, will be supported by a tea, offering a confidential forum.

Ryan inquiry commissioner Norah Gibbons, ex-Metropolitan Police child abuse investigator Dave Marshall, Tom Shaw, who worked on a similar inquiry in Scotland, and Beverley Clarke, who has experience of social work in Canada, will hear victims’ testimony. The inquiry will then rule if abuse was systemic, suggest whether there should be an apology, decide on a memorial and make recommendations for ” redress “. However, any final decision on compensation will be made by the executive after it considers Sir Anthony’s recommendations.

Legislation is expected to be brought before the summer recess and the investigation will begin by autumn. First Minister Peter Robinson said Sir Anthony would be ” unflinching in his pursuit of truth”. ” I am confident that the scope and nature of this process is robust, will provide a thorough examination of what happened and will get to the the truth,” he said. Mr McGuinness said legislation would ensure the inquiry had the ” powers, flexibility and protections” needed. Mr Corrigan said a statement in the terms of reference that the inquiry will begin after the commencement of legislation suggested that concerns had been met about whether the probe would have full statutory powers for it’s duration.

However, he said he remained concerned that victims of abuse before 1945 or after 1995 would be excluded and that the issue of redress has ” been put on the long finger”. ” Equally, it is clear that the executive currently has no plans for a similar process of inquiry for victims of clerical child abuse outside institutions,” he said.

WITH MANY THANKS TO : DIANA RUSK ( POLITICAL CORRESPONDENT ) IRISH NEWS.