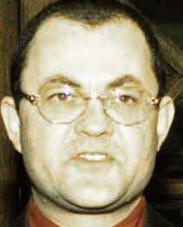 Tapp also organised a series of eye-catching appeals to be made by the girls' favourite football team, Manchester United. This footage was being helicoptered in to Soham when events moved on and Huntley and Carr were brought in for questioning.
Tapp has now revealed that he had mapped out a comprehensive strategy intended to keep the media "focused". He had, for example, planned to release photos of the cuddly toys Holly and Jessica used to sleep with. That would have kept the press and broadcasters happy for one day.
On another day he was going to supply the media with poignant essays the 10-year-olds wrote about what they had been looking forward to doing in their school holidays.

In this article we can see the News Of The World were heavily involved ,we have since learnt that both families of the dead girls were hacked by Murdochs tabloids.

Clarence Mitchell also covered the Soham murders, he appears to have picked up several of Matt Tapps's PR stunts and used them in the McCann case !


Detective Constable Brian Stevens, 41,  and Pc Antony Goodridge both worked on the Soham case and were later charged with offences relating to the possession of indecent images of children. (not connected with the case)
http://www.independent.co.uk/news/uk...bi-556576.html